In our North East Tai Chi classes we teach the syllabus of world renowned Master, Adam Mizner. Sifu (Master) Mizner is one of very few people in the world to have attained such a high level of skill. He is also very open and generous in his teaching, which is a rarity in the Tai Chi world, where there is traditionally much secrecy. A lot of “public” Tai Chi, has therefore become a watered down version of complete “closed door” Tai Chi. Many teachers are misinformed, having only covered portions of the art and pass on incomplete material, meaning the full benefits can never be attained.

The Heaven Man Earth syllabus is geared toward quickly and systematically developing skill, and therefore achieving maximum benefits. Sifu Mizner has trained extensively with several Masters from the Huang Sheng Shyan, and Yang Shou Lineage, meaning he is a 7th generation Yang Style teacher. He has drawn on all this knowledge to set out a clear progressive system, where students first learn the less complex Huang Sheng Shyan material, which involves the total abandonment of Li (brute force). By removing a lifetime’s habitual tension, students will notice a massive improvement in their physical and emotional well-being. Once students have achieved proficiency in this material, they will be introduced to the more advanced and demanding Yang Shou Hou system. This is some of the oldest and most complete Tai Chi in existence, providing maximum benefits.

Andy Mack is a senior Disciple of Sifu Mizner, having lived and trained together for many years in the traditional Kung Fu manner. He is now based in London, and runs workshops around Europe (we host one annually). Andy is both highly skilled, and a great, charismatic instructor. He also teaches meditation, having studied Thai Forest Theravada Buddhism, and practises Qi Setting (a profound treatment to realign the body, and Qi (Internal Energy)): https://en-gb.facebook.com/hmehealing/

Duran Mack, Andy’s son, has been studying with Andy and Sifu since childhood, and is already a highly accomplished practitioner. He runs the HME London classes, and is also a HME Healer. I regularly train intensively with Sifu, Andy, and Duran, to further my personal progress, in order to enrich my classes with quality instruction.

The origins of Tai Chi are shrouded in mystery, but traditionally attributed to the Taoist Monk, Zhang San Feng, who lived many centuries ago. The term “Tai Chi Chuan” was first used in  conjunction with the art of the Yang Family…

Yang Style Tai Chi Chuan, is named after it’s founder, Yang Lu Chan, who lived over 200 years ago, before the name Tai Chi Chuan even existed. He was not a wealthy man, and ended up doing menial work for the Chen family, who were highly respected martial artists. He impressed his employers so much with the strength of his character, and natural ability, that he was accepted into the family as a student of their art. This was very rare in those days, and Mister Yang soon reached such a level of skill that he adapted what he’d learnt and devised his own art (it seems likely he also learnt another art, perhaps that of Zhang San Feng, as passed down through the ages, as his Style is quite different from Chen Fist). He became very famous, and to be known as “Yang the Invincible”. The Chinese Emperor employed him to teach his troops what had become known as “Cotton Boxing”, due to Yang’s ability to diffuse an attackers force by appearing to softly yield to it, only then to throw them away without seeming to use any effort. Tai Chi Chuan (sometimes written Taijiquan) then became the name of Master Yang’s art, to reflect the Taoist idea of the Way of Nature or Yin/Yang. The ancient Taoists followed and lived in harmony with the cycles of nature, and recognised that soft (Yin) often overcomes hard (Yang), like water erodes stone, for example, or like how Master Yang easily overcame much bigger and stronger adversaries.

Yang Lu Chan’s sons, Yang Ban Hou, and Yang Jian Hou, carried on the legacy, both also becoming very famous Masters. Yang Ban Hou was known for his bellicose nature, and devastating power, while in contrast, Yang Jian Hou had a much gentler demeanor, though was no less skilled. There are stories of birds alighting on him as he practised, attracted by his serene energy. Yang Jian’s Hou’s sons, Yang Shou Hou, and Yang Cheng Fu, learned from both their father and uncle carried on the tradition. Yang Cheng Fu devised the Large Frame, which was a simpler version designed to teach to the general public, as Tai Chi increasingly became adopted as a way of improving health throughout China. This is still the most commonly practised Form today.

The elder brother, Yang Shou Hou, meanwhile had relatively few students, and further developed the Middle Frame of his ancestors, as well as his own Small Frame. This branch is still quite rare today, but an older and arguably more complete system, and one of our school’s influences. Once students become proficient at the less complex exercises from the Yang Cheng Fu Lineage, they progress to the Yang Shou Hou material.

We hold regular Intensive classes for those wishing to explore the deeper aspects of Tai Chi, including Self-Defence Applications (see our Workshops page for details). Corporate seminars and events can also be arranged. Beginners, intermediates and advanced practitioners welcome. For more information try our FAQ page. 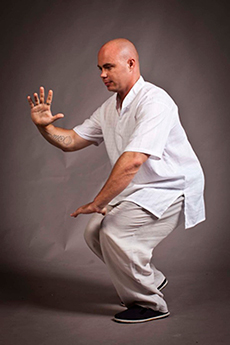 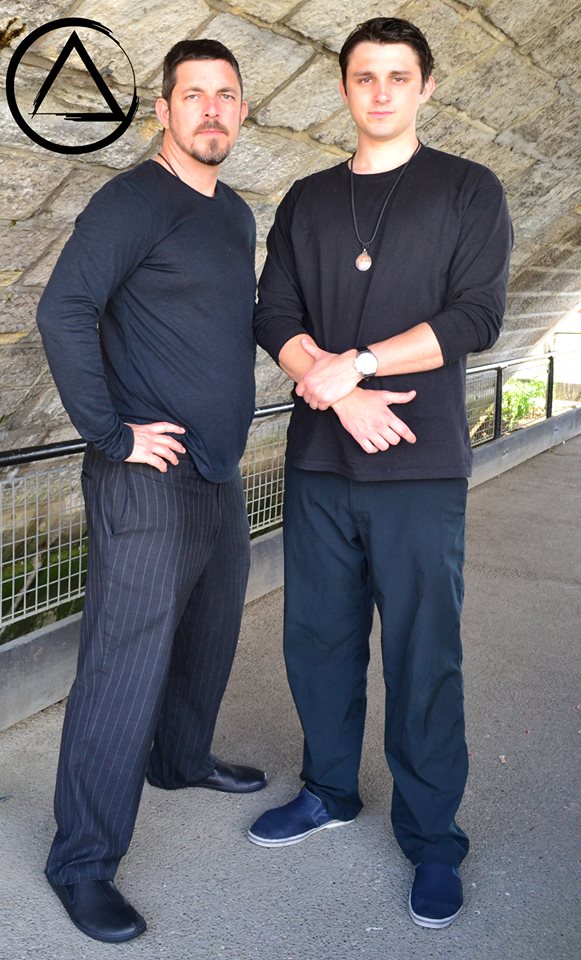